Around this time (September 2020) I’d planned to travel to Scotland, on my first visit. There was to be a family gathering for my sister’s wedding in Edinburgh.

The idea was to visit Boyndie, Banffshire, where my great-great-grandfather John Collie grew up.

END_OF_DOCUMENT_TOKEN_TO_BE_REPLACED

Dave Edwards dictaphone cassette recordings 2004, for spoken word and improvised guitar – a trip down a road not taken for New Zealand music.

These tracks were primitively recorded, not just obscure but completely unheard by anyone else, and seemed like raw unfinished demos at the time – but in hindsight may be the culmination of my 1997-2005 early period (a fusion of original songs, spoken word and free improv).

By 2004 my style was wordy, dense with allusions, and deliberately flouted not only verse/chorus structures but grammatical convention in parts; the influences here were literary modernists as much as music – eg  Joyce, Beckett, Burroughs, Pynchon, Dylan (Thomas), and New Zealand poets James K Baxter, Alan Brunton and Hone Tuwhare. I was a postgrad journalism student that year, so partly it was spare time relief from the constraints of non-fiction writing.

The album is rounded out by an abrasive noise guitar, dictaphone and electric razor performance at the Bomb the Space Festival (the youtube clip is one of my few music videos to have over a thousand views… go figure),

and a pair of free improvisations, with percussionists Simon O’Rorke and Simon Sweetman, and Korean bassist Youjae Lee. 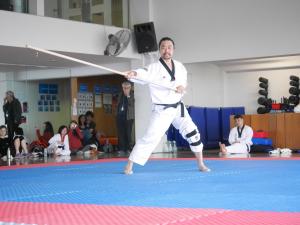 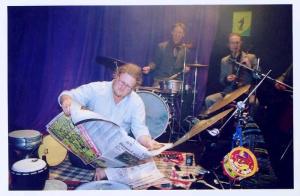 Next, needing a change of scenery, having pushed the singer/songwriter envelope as far as I could, and following some last ensemble collaborations with Ascension Band,

the next year I left the country on my OE and took a different approach again….

END_OF_DOCUMENT_TOKEN_TO_BE_REPLACED

“Wellington, NZ composer Dave Edwards with some able assistance from duo or trio the Winter... Guitars, violin, cello, and percussion all stack up… He’s got a persona that’s all his own.”

All acoustic, with a string section, recorded and mixed on analogue equipment, and originally released on cassette in 2003 – new 2020 remaster.

and Simon Sweetman on percussion.

The album is structured as a progression from summer (with a NZ pohutukawa tree in flower on the cover) through autumn – a time of harvest, preparation, shortening daylight, and the shedding of old dead layers – and finishes with an extended live version of ‘O Henry Ending’, recorded at the Winter’s first gig.

The original C60 cassette (and later online) release included solo interludes recorded in 2002. These are now available separately as

By focusing on the 2003 sessions Loose Autumn Moans becomes concise, emphasising the lyrics and the jazzy acoustic instrumental interplay – a mini orchestra to bring colour.

Loose Autumn Moans is dedicated to Sam Prebble (aka Bond Street Bridge), who died in 2014.

The collaboration with these guys followed on from

END_OF_DOCUMENT_TOKEN_TO_BE_REPLACED

& in the meantime, until the next new project, here’s one from the vault:

In 2002, a year whose digits are an anagram of this one’s,  I was living in Wellington (New Zealand’s capital, and my birthplace), looking for a way to follow up the almost-success of The Marion Flow (part 2).

But I was moving further away from conventional 3min song formats into the avant-garde.

This is the second largely solo album I made in 2002.

END_OF_DOCUMENT_TOKEN_TO_BE_REPLACED

This poem is the first of 44 pieces in the book Poems & Lyric by John Collie.

It was written by my great-great-grandfather in Scotland. 164 years later, living in 21st century coronavirus lockdown NZ, we’ve all had to bring back solitude. Creating music’s become a solitary pursuit again (or else a virtual one). Adapting this poem gave the chance for a 12-minute acoustic epic whose time had come (again).

OH give me near some swelling stream to stray, 0r tread the windings of some pathless wood, For I am wearied of the bustling day, And long to meet thee, gloomy Solitude: That I with thee may climb those shelfy steeps, Which frown majestic o’er the boiling deeps. END_OF_DOCUMENT_TOKEN_TO_BE_REPLACED

This was the last in-person collaboration before the COVID-19 shutdown, recorded in Lower Hutt, New Zealand, March 2020.

THE sweet breath of summer blows fresh o’er each plain,

The woods have resumed their lost grandeur again;

The groves with the notes of the blackbird are ringing,

By fountain and streamlet the wild ﬂowers are springing.

And the breath of the heather bell sweetens the breeze,

And the old stormy ocean lies slumbering in peace;

The bleat of the lamb on the moss-cover’d hill,

The sound of the shepherd’s pipe jocund and shrill,

All tell in a language most striking and plain,

The old face of nature her smiles has put on,

And the blustery appearance of winter has ﬂown.

I played solo acoustic at the Fernside Gardens Open Day on Sunday 16th February, 11am.

solo acoustic at the Fernside Gardens Open Day on Sunday 16th February Website: https://www.eventfinda.co.nz/2020/fernside-gardens-open-days/featherston Greytown Little Theatre Saturday 15 and Sunday 16 February 2020 10:00am – 4:00pm … For two days only, visit one of New Zealand’s most beautiful and historic gardens as part of a fund-raising event for Greytown Little Theatre’s new theatre development project. The magnificent house and gardens were developed by wealthy pastoralist Charles Elgar and his wife Ella. Tragically the first homestead burned down in 1923 and a new one in American colonial style was designed and built by Heathcote Helmore. The homestead is set at the end of a tree-lined avenue, in acres of landscaped gardens. Wander your way through the Scented Walkway, through the Oak Cathedral, passing the Sound Shell to the stunning lake area which played a starring role as Lothlorien in several scenes in the filming of the Sir Peter Jackson’s Lord of Rings. The gardens have been developed over the years in a style that reflects both English Arts and Crafts with a layout in rooms but wit with the additional touches of European and Japanese water gardens and Australian and New Zealand natives interspersed. The effect is an appealing fusion of old and new world. The current owners when they bought the property in 2007 recognised its historic importance and have dedicated themselves to the continued restoration of the gardens. #wairarapamusic #newzealandfolk #2020music #banjo #garden #landscaping #wairarapa

END_OF_DOCUMENT_TOKEN_TO_BE_REPLACED

At the end of the decade, and looking for a way to follow up the eclectic Asia-Pacific Odyssey of Other Islands: 2012-2018, I stripped things back down to the solo acoustic format of my early years with Live 2019.

The set, at Wairarapa TV in Masterton, New Zealand, was streamed live on the internet on 4th of May 2019.

For the past couple of years I’ve been living in a small town and don’t get to as many gigs as I used to… so here was an opportunity to use 21st century technology to play ‘virtually’ everywhere.

On the other hand musically this was closer to a traditional folk/singer-songwriter set than I’d done for quite a while. I eschewed dissonant improv, multitracking, live backing musicians, field recordings, or electronic trickery this time, and used just acoustic guitar, banjo, and harmonica (and a few seconds of wah pedal on ‘Eastern’).

The set was followed by an interview.

I also released a companion album to Live 2019 – its stroppier lo-fi postpunk ‘official bootleg’ predecesor Live 1999. This was recorded on cassette 20 years (or half my lifetime) ago, when I opened for Chris Knox at Bar Bodega in Wellington NZ last millennium:

I started and finished both live sets on the same two songs, to show continuity and evolution.

It’s been quite a journey in between!

My other 2019 works in progress included

* a duo with Emit Snake-Beings, for an as-yet-untitled sequel to Ngumbang, coming in 2020 (we had a recording session in Suva, Fiji, of all places);

* a couple of informal jam sessions with the Electricka Zoo (which has otherwise been on hold since last year); ( http://www.soundcloud.com/darrel-hannon/jamming-with-dave)

* and I continued to adapt the 19th century book ‘Poems & Lyrics by John Collie’, which I’d learned was written by my Scottish great-great-grandfather in 1856 before he came to NZ. Three of his poems featured on Live 2019, with more in the pipeline.

END_OF_DOCUMENT_TOKEN_TO_BE_REPLACED

The Marion Flow was originally a longer album which spanned recordings from New Plymouth in 1999 and Wellington in 2001. 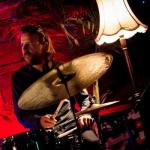 For the earlier 1999 New Plymouth sessions see The Marion Flow (part 1, Taranaki);
By the time the opportunity arose to finish recording the Marion Flow I’d been thoroughly immersed in the Wellington free jazz and avant-garde music scene, and was very fortunate to have help from some of the top players there. I’d never studied music at school or been in a conventional band, and was out of my depth technically… so working around my limitations became a spark to creativity.

“Edwards’ music is often a sculpture rather than a melodic composition. Within this chosen form, amongst all the writings rantings & poetry there’s much difficult pleasure to be had for the musically adventurous.” – Brent Cardy, Real Groove, July 2002

In 1999, aged 20, I’d left New Plymouth, a large rural town, where I grew up, and moved to Wellington, New Zealand’s capital city, where I’d been born and where my early pakeha settler ancestors had lived in the 19th century. The Marion Flow reflects this journey, geographically, sonically and spiritually.

I’ve now reissued the two halves of the album separately – to emphasise the sense of time and place, and stylistic evolution, and to re-present them more concisely for the short-attention-span 21st century.

END_OF_DOCUMENT_TOKEN_TO_BE_REPLACED

A few years ago I wrote a chapter of Jazz Aotearoa, a book about New Zealand jazz music history, discussing the free improvisation and avant-garde jazz scene in Wellington at the turn of the millennium.

in the non-idiomatic idiom in Norway is a collection of improvised instrumental music with some of the musicians in that scene, from the point of view of my own attempts as an untrained outsider to fit in with these advanced jazz players. 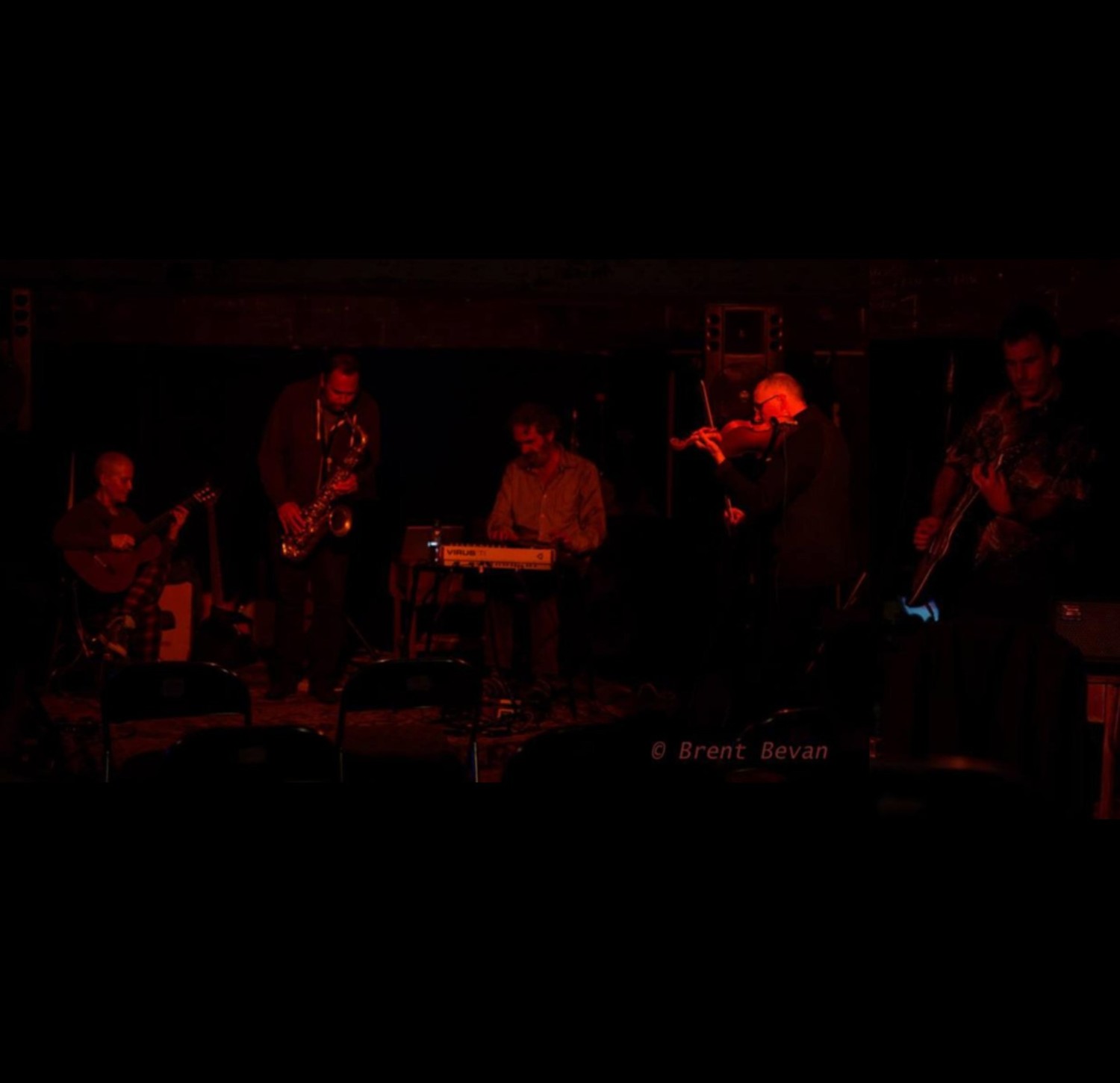 These sessions were recorded in 2014. I’d just returned from living overseas, 15 years after my first exposure to Wellington free jazz.

The first volume was recorded in Wellington in 1999