Around September 2020 I’d planned to travel to Scotland, on my first visit. There was to be a family gathering for my sister’s wedding in Edinburgh.

I’d planned to visit Boyndie, Banffshire, where my great-great-grandfather John Collie grew up.

For me it’s a work in progress,  an acknowledgement of my (pakeha) whakapapa, and renewed appreciation of the English (and Scotch) language.

He first settled in Dunedin, then spent his later years in the Wellington region. 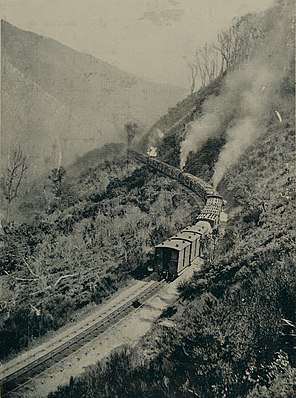 He worked on infrastructure projects, such as helping to build the original railway across the Remutakas in the 1870s.

Nowadays the railway line is a walking and cycling route.

No writings by John Collie in New Zealand are known to survive; he appears in the historical records for his work on the Rimutaka incline project (and for being fined for public drunkenness and letting animals wander).

He died in 1893, and is buried in Karori Cemetary.

Another New Zealand musician (and banjoist) David Long, who also had a family connection to the old railway – Cross Creek evokes the Wairarapa in the early 20th century period.

Poetry and accompaniment in a more modernist vein – verbose spoken word (salad) + improvised guitar.  A journey down a road not taken for NZ music, by Dave Edwards with Simon O’Rorke, Youjae Lee, and Simon Sweetman, (2004)