I’m not a trained jazz musician, but nor do I fit neatly into the ‘NZ noise‘ genre.

END_OF_DOCUMENT_TOKEN_TO_BE_REPLACED 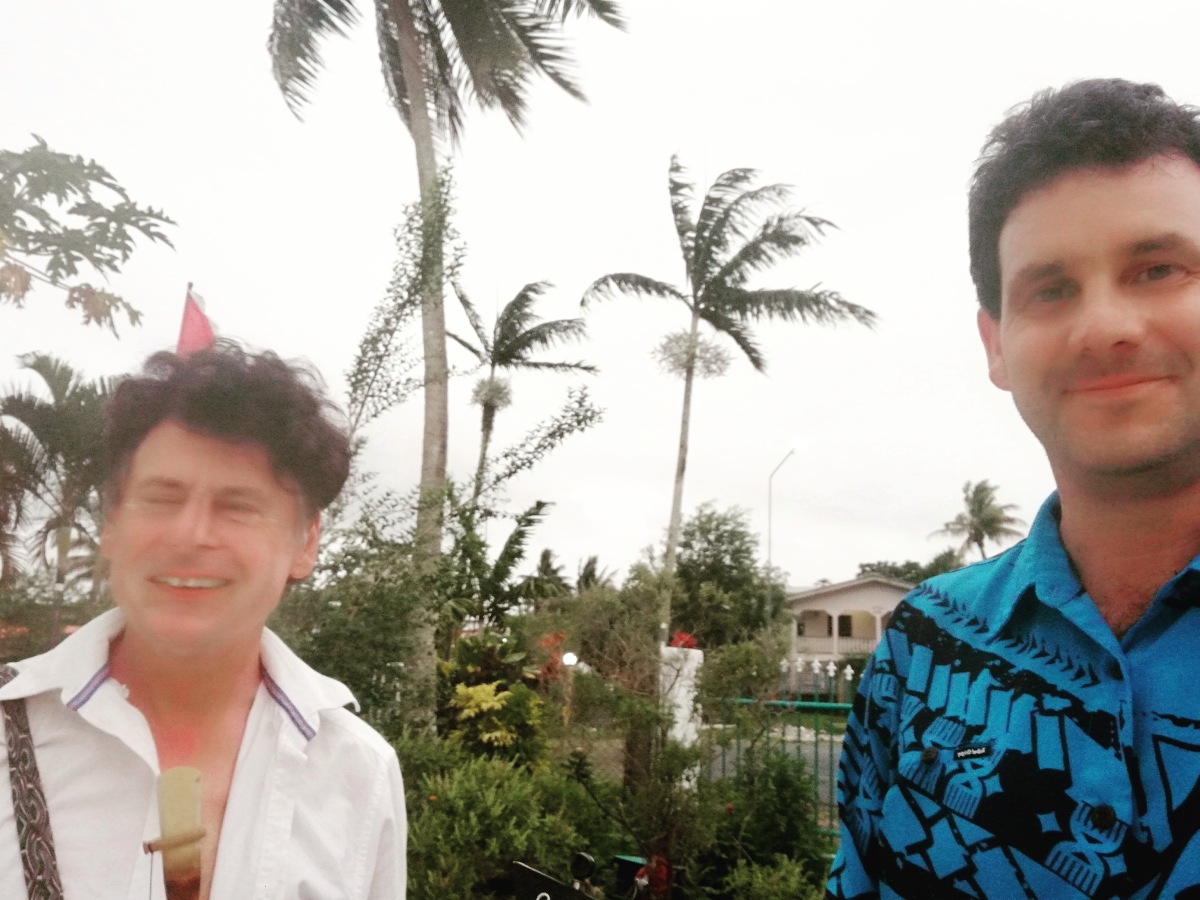 Out now – the new album

This was one of the last in-person international collaborations from before the world ended… it’s got nothing to do with the pandemic.

The title ‘ruasagavulu’ means ‘twenty’ in Fijian, to kick off the new decade optimistically.

a fusion of several genres and a DIY manifesto – “Pick up the pieces and make them into something new, it’s what we do…”

END_OF_DOCUMENT_TOKEN_TO_BE_REPLACED

the opening track from Ruasagavulu

This short warmup improv is based on an Indian scale, inspired by Dr Emit Snake-Beings‘ travels to Kerala in India, and harmonium lessons in Suva.

There’s an Indian influence throughout the album, as several sections are based on drones and modal improv (rather than the chord changes)… though this is not a traditional Indian album, we’ve borrowed ideas to inform our own experiments.

The temple in the photo is Sri Siva Subramaniya in Nadi. It’s built in the Dravidian style from southern India, which is also found in Singapore and Malaysia.

In contrast to other Pacific Island countries, Fiji has a large – almost half – population of Indian descent. Indians came to Fiji in the 19th century, as indentured labourers to work the sugar cane plantations.

The following videos are made in India, courtesy of www.snakebeings.co.nz

END_OF_DOCUMENT_TOKEN_TO_BE_REPLACED

This was one of the last in-person international collaborations from before the world ended.

END_OF_DOCUMENT_TOKEN_TO_BE_REPLACED

At the end of the decade, and looking for a way to follow up the eclectic Asia-Pacific Odyssey of Other Islands: 2012-2018, I stripped things back down to the solo acoustic format of my early years with Live 2019.

The set, at Wairarapa TV in Masterton, New Zealand, was streamed live on the internet on 4th of May 2019.

For the past couple of years I’ve been living in a small town and don’t get to as many gigs as I used to… so here was an opportunity to use 21st century technology to play ‘virtually’ everywhere.

On the other hand musically this was closer to a traditional folk/singer-songwriter set than I’d done for quite a while. I eschewed dissonant improv, multitracking, live backing musicians, field recordings, or electronic trickery this time, and used just acoustic guitar, banjo, and harmonica (and a few seconds of wah pedal on ‘Eastern’).

The set was followed by an interview.

I also released a companion album to Live 2019 – its stroppier lo-fi postpunk ‘official bootleg’ predecesor Live 1999. This was recorded on cassette 20 years (or half my lifetime) ago, when I opened for Chris Knox at Bar Bodega in Wellington NZ last millennium:

I started and finished both live sets on the same two songs, to show continuity and evolution.

It’s been quite a journey in between!

My other 2019 works in progress included

* a duo with Emit Snake-Beings, for an as-yet-untitled sequel to Ngumbang, coming in 2020 (we had a recording session in Suva, Fiji, of all places);

* a couple of informal jam sessions with the Electricka Zoo (which has otherwise been on hold since last year); ( http://www.soundcloud.com/darrel-hannon/jamming-with-dave)

* and I continued to adapt the 19th century book ‘Poems & Lyrics by John Collie’, which I’d learned was written by my Scottish great-great-grandfather in 1856 before he came to NZ. Three of his poems featured on Live 2019, with more in the pipeline.

END_OF_DOCUMENT_TOKEN_TO_BE_REPLACED

The title ‘Huia Vortex’ refers to the location where the track was recorded, in Huia, a small village on the outskirts of west Auckland.

It’s not necessarily related to ‘Swansong (for the Huia)‘ (2004), the second album by The Winter, an electro-acoustic trio improvisation in tribute to the extinct New Zealand bird the huia by Dave Edwards, Mike Kingston, and Simon Sweetman. Its 19-minute final track remains an underrated fiffdimension epic. [send us your review] 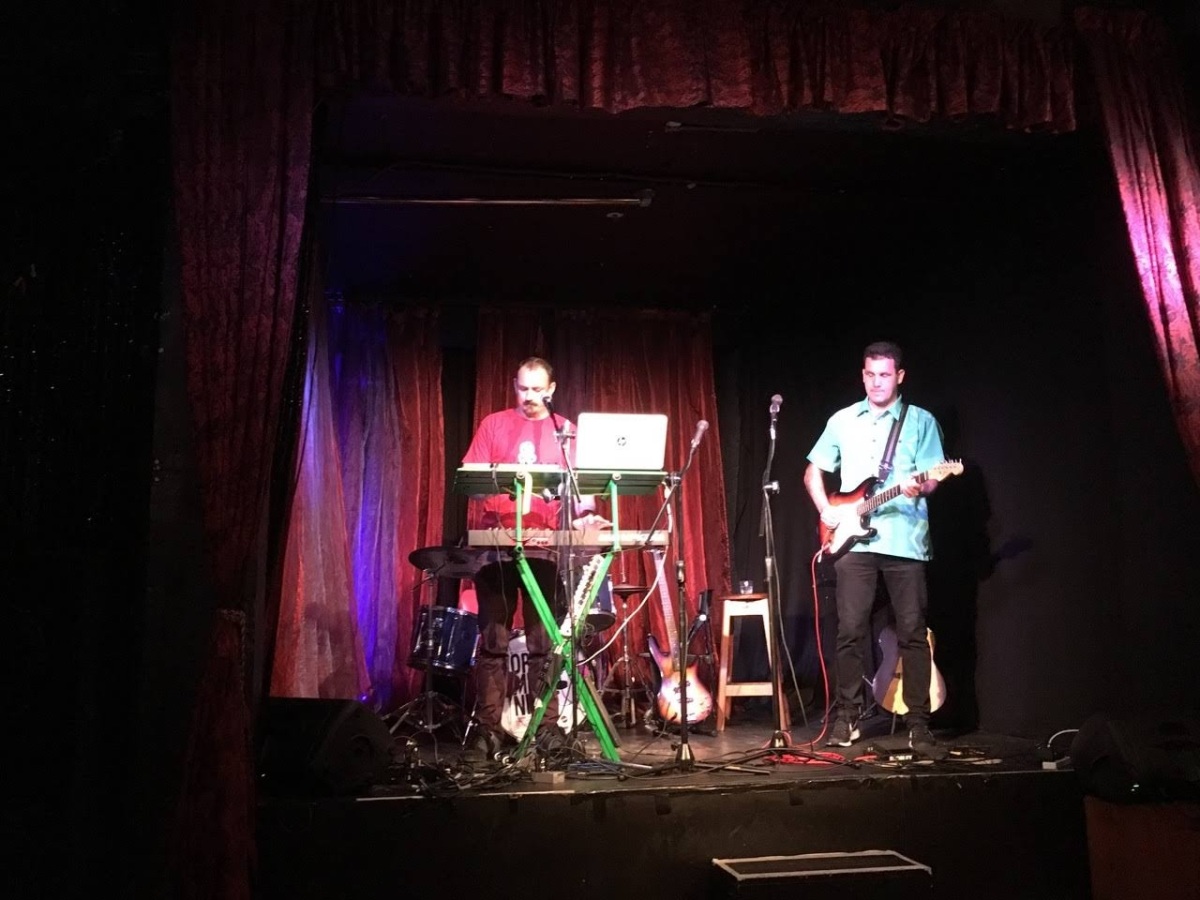 Keyboards & electronica by the Digitator

Get our album if you haven’t already!

Here’s my first Spotify playlist… a mix of my own tracks and by other artists who I’ve had the privilege to meet and be inspired by, in several cases played gigs alongside and/or collaborated with.

Thank you all for the journey! And some great music here.

END_OF_DOCUMENT_TOKEN_TO_BE_REPLACED

Meditative tropical avant-garde instrumentals for keyboards, ukulele, dholak, duduk, harmonicas, DIY kitchen gamelan, and video. This was one of the last in-person international collaborations from before the world ended.

This is currently a pre-order work in progress, as some of the mixes will be refined  over the next few weeks.

Played by his great-great-grandson Dave Edwards -at Wairarapa TV May Music Marathon on 4th of May 2019. It features on the Live 2019 album.