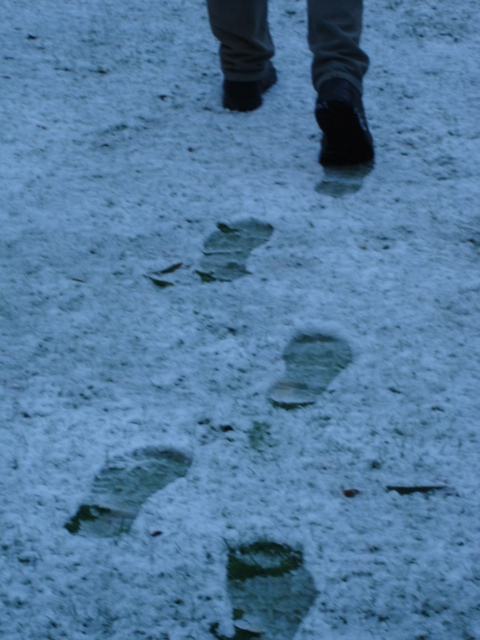 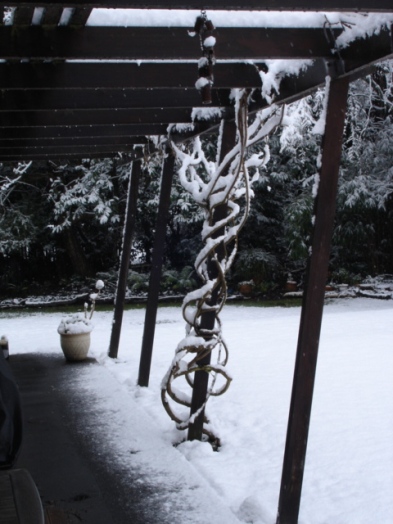 The Winter 2011
Liner notes by Dave
Thanks to Simon for the earlier blog post The Winter of YOUR discontent and to anyone who downloaded Parataxes as a result.As this winter solstice is the tenth anniversary of The Winter, and in honour of the Antarctic blast hitting Wellington, it’s about time for some newer material from us.
Back in 2003 releasing an album often meant burning off dozens of CD-Rs one at a time (we actually listened to music on CD back then), making our own artwork (which in the case of Parataxes involved some dangerous and unintended use of a microwave oven – kids, don’t try this at home), contacting people in Wellington and overseas via letters and email, and a lot of going to the post office.
Antony Milton is an example of a Wellington musician who’s extremely good at that kind of thing, and he put out the first few copies overseas for us on Pseudoarcana.Pseudoarcana, along with labels such as Celebrate Psi Phenomenon and Corpus Hermeticum, is one of the major channels through which another, alternative narrative of New Zealand music has been told around the world in the pre- and early-internet era.  This music is often more popular in the USA, Europe or Japan than in NZ, where the people on stage can outnumber the audience at gigs. If names like Orchestra of Spheres, Greg Malcolm, Jeff Henderson, Chris O’Connor, Foisemaster, Leila Adu, Sam Hamilton, the Elephant Men, mr sterile, The Slab, Pumice, Richard Nunns, the Village of the Idiots – and so on – trip off the tongue easily for you then this is familiar territory.  If not then you’ve got some listening to do!
Free improvisation in Wellington and other places over the past couple of decades has a long and rich history by now, and is a totally listenable, important and valid part of New Zealand music that we should definitely be hearing more of on the airwaves!  Influences such as Cecil Taylor, Peter Brötzmann, Evan Parker, William Parker, Ornette Coleman, Sun Ra and so on got fed into a mix with the remnants of New Zealand post-punk and the NZ noise sound epitomised by the Dead C and Birchville Cat Motel et al, and resulted in authentic new sounds from Aotearoa.
Everyone comes to free music via their own path – in my case the progression was something like Dylan/Young/Velvet Underground/Sonic Youth/Einstürzende Neubauten (great for annoying the girls at parties) to free improv, whereas in Mike’s case he’d been to jazz school and remains the most musically sophisticated and technically adept member of the group.  Simon has extensive musical background knowledge as you can tell from his blogs.  The two of them are also skilled at Irish folk music, which you can hear echoes of in The Winter – it’s an area in which I hope to catch up some day!
The name The Winter stuck because the winter solstice day in 2003 was the first time we played together, and a sound immediately clicked.  It emerged fully formed. I was playing guitar with between three and five strings at the time, and open-tuned to whatever balance I could find at that moment.  Some of the sounds you hear on track 9 for example are made by turning the tuning pegs.  I often used a cigarette lighter as a slide.  On the acoustic pieces I’d tune the low E string down until it buzzed in imitation of a sitar. Mike was doing some amazing wonderful things with the cello (again in both acoustic and electric modes).  It’s such a good bass instrument, both resonant and versatile, but can also play in the high register, and as it’s fretless it has an infinity of different pitches available.
We were at least vaguely aware of concepts like microtonality and non-western scales, and were into all kinds of 20th century avant-garde music and art.  If it’s the tenth anniversary of The Winter this year, it’s also the hundredth anniversary of the (in)famous premiere of Stravinsky’s The Rite of Spring – so challenging music isn’t exactly a new concept.
We had a pretty good idea of what we were doing with Parataxes, incorporating Mike’s short electronic pieces as interludes among longer trio improvisations. Parataxes‘ structure goes from the quieter acoustic tracks early on to the full electric power trio by the end.  That’s a duality you hear eloquently expressed in the music of Neil Young, though in our case it was as much like a progress from acoustic Derek Bailey to electric Keiji Haino. Another of our concepts was that we moved between free rhythms, where there’s no such thing as a beat or a time signature, and playing a groove.  Up to about 40% of it does rock to a beat.  That seems to be more common in free improv nowadays, but at the time felt like we were breaking down barriers.  I love the bit on ‘Parataxes 9′ where after nine or so minutes of feedback – a gap opens up in which the cello breaks into a walking bassline and swings, and then a jaunty harmonica enters before the drums kick us up another notch into the album’s electric rock blizzard climax. The night at the Cross, that became tracks six and nine on Parataxes, was on a bill with the saxophone-led Rick Jensen Trio, taking jazz as a starting point and going somewhere beyond, and piano-and-drums duo Scherzanduo, who brought Mussorgsky into the bar and made it rock.After some gigs, and a theatrical collaboration at BATS with the Wellington Word Collective called Speakeasy, we recorded another album in 2004 called Swansong (for the Huia).  Here’s the last, epic, track in honour of one of our extinct New Zealand birds.  That was the last time we played together for nearly six years.  In 2005 Mike and I moved abroad – first to Melbourne, where I discovered Turkish funk, Macedonian gypsy-punk and Aussie hip-hop among other new genres – and then he to South America and I across Asia.

By the time The Winter came back together in 2009 we had absorbed all kinds of new ideas and let them not so much influence as inform our playing. Mike and I are currently both out of the country again and on different continents – however I look forward to further evolution and our next recording sessions and a nationwide tour in maybe 2015?  Or 2019?  By 2023 we should be onto something!

So, here’s the new album from The Winter, recorded in, and entitled, 2011.  It’s all-acoustic, tracks improvised in real-time and presented in the order we played them – not in 2003 but on another year’s cold winter afternoon in Wellington.  There’s no cello and I don’t think I played any guitar that day. It wasn’t as windy as this Wellington winter, but remember the snow in ’11?