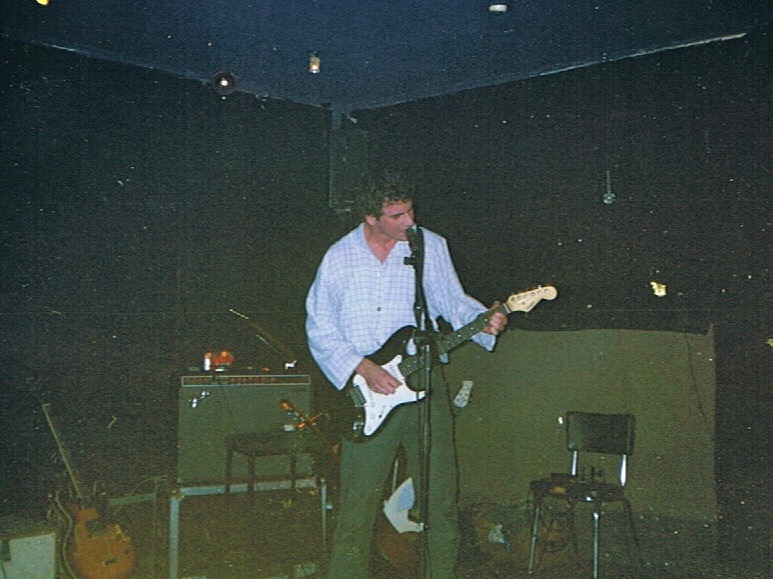 At the close of the 90s, aged 20, I left New Plymouth, the large rural town in Taranaki province, where I grew up.

I moved to Wellington, New Zealand’s capital city, where I’d been born and where my 19th century pakeha settler ancestors had lived.

My second album, The Marion Flow reflected this journey. It showed a musical and lyrical evolution beyond my debut Scratched Surface.

Paul Winstanley played bass on and engineered the recording sessions, which were hosted by Brian Wafer.

The “hit single” Banana Wizard was released on a compilation of Taranaki music and had some student radio airplay around the country… about the extent of my commercial success to date.

I was also opening my ears and mind to more experimental sounds, and moving beyond conventional pop song structures.

At the same sessions we recorded free improvisations, which Paul later overdubbed and rearranged into

dAdApApA: Waiting for the Drummer

“after recording tracks for The Marion Flow at Wafer HQ in New Plymouth, an ad hoc group of associated locals assembled to record… the only rock references here come from the guitars… throw in some spoken word and a special guest appearance by N.P. record mogul Brian Wafer on vacuum cleaner and the dAdApApA nova had blazed and fizzled in the blink of an eye” – Eden Gully

& then I got to the capital city, and was suddenly a small fish in a bigger pond…

Here’s what I sounded like around the time I arrived in Wellington – this solo postpunk set at Bar Bodega, opening for Chris Knox, was preserved (in lo-fi, a 90s aesthetic): 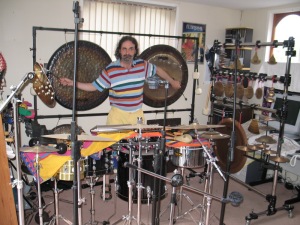 But apart from songs I also fell under the influence of the burgeoning avant garde and free improv scene in Wellington.

This was centred around a venue called the Space (later Fred’s and then the Pyramid Club)… the dissonant flipside of the more popular smooth Pasifika/jazz sound the city became known for (Fat Freddy’s Drop et al).

Although way out of my depth technically, I met up with improvising percussionist Simon O’Rorke, and jazz-trained players including Blair Latham and Jeff Henderson to make

in the non-idiomatic idiom in Norway

Free (in both senses) jazz from Wellington, Aotearoa (1999)

The Wellington jazz sound informed the second half of The Marion Flow, recorded over the next two years

For an overview of my early period, try

vol1 – songs, spoken word and improvisations from the early phase of my gloriously unsuccessful career

“Rough outsider folk-blues mysteries, dissonant rock textures, electric and acoustic improvisations… Edwards strikes me as one of the most overlooked musicians from the fertile lands of New Zealand and if you need a fresh start this might very well be the place.” – The Broken Face