Volume V follows hot on the heels of Kleptomania

and his previous 2012 solo masterpiece, Twango 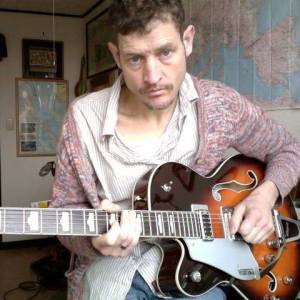 Nat da Hatt is a political refugee from New Zealand who has settled in Japan where he spends his days in a cave creating tone paintings on an array of devices and instruments including: guitar, thumb piano and a Korg vocoder.

and some 2015 collaborations in progress